The event started at 5 pm with introduction of members of IMA® (Institute of Management Accountants) Kuwait Chapter. Khaleel Jahir Hussain recited verses of holy Quran. The Chief Guest of the event Mohammad AlNaqwi appreciated Khaleel and wished him a blessed life.

Dr. Babu I Razack, President IMA® Kuwait Chapter, translated the verses in English for the audience members. In his presidential speech at the beginning of the event Dr. Razack briefed the activities of IMA. He mentioned, “IMA is a global organization focused on Management Accounting and professionals in Business and Finance; it has over 350 chapters including student chapters in over 150 countries. IMA has five regional offices in the Middle East- Africa, Europe, India, China and Asia- Pacific. It offers the gold standard courses CMA and CSCA. CMAs add value to the organization wherever they work either as Management Accountant, middle level or C- suite level and are most preferred by the employers, whereas CSCAs are strategic professionals.”

“Mohammad AlNaqwi is a leading TV presenter, khateeb, preacher, teacher, trainer, coach, counsellor and a motivational speaker in English and Arabic languages. He is also a life coach & speaks about the family system, youth, ethics, positivity, unity, practical life & other such social issues. He travels around the world & has been practising Dawah for over 15 years. Mohammad AlNaqwi is famous among the youth and has inspired many people by the Grace of Allah & helped them become better human & better citizens. We are excited to hear Mohammad AlNaqwi.” said Rajan Mishra, Treasurer of the IMA® Kuwait Chapter.

Holy Quran explicit Lailathul Qadr is blessed by Almighty over more than 1000 nights which is equivalent to 83 years of worship.

A companion of Prophet Muhammad (PBUH) dreamed of a person who died on bed entered bliss a way before a person martyred in battle field during defensive war. There was a debate among the companions about this dream as it was not acceptable to them as they knew very well the martyr sacrificed his soul for Islam is the highest reward. They went for clarification with Prophet. He beautifully narrated that the person died normal was living on year more than the martyr. He had performed prayers whole year and had one Ramadan. In that Ramadan he had opportunity of blessed with Laiathul Qadr. This was the reward of him to enter heaven earlier than a martyr.

Dr. Razack said, “This is for first time that an Iftar event has been organized by the IMA® Kuwait Chapter, special thanks to Ms. Wore, Mr. Rishi Malhotra and Mr. Haithem. The program was well organized with the coordinated efforts of IMA Chapter Board members and IMA Middle East office.” The President Kuwait Chapter quoted that such functions would lead to universal unity and integrity.

Members enjoyed the evening with eloquent lecture by Mohammed AlNaqwi and the Iftar food followed by the delicious dinner. It was a great networking session too.

Ganesh Mani coordinated the networking sessions. “We are thrilled to see members joining our event in such a great number despite it being a working day.” said Ganesh Mani, Secretary of the IMA® Kuwait Chapter. He thanked members and families for sparing their precious time and attending the event.

The event concluded at 8 pm with Rajan Mishra’s suggestion to members to register for the coming webinar on topic “Future of Leadership in 21st Century” by Sunil Deshmukh, CMA, FCMA, FCS. 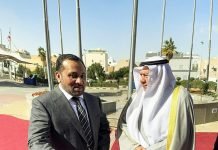 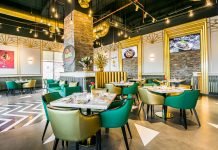 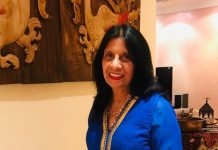 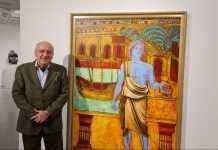 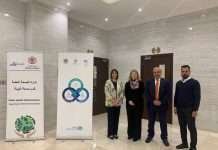 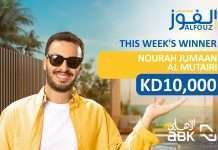 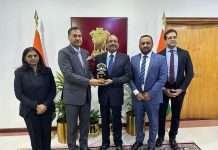 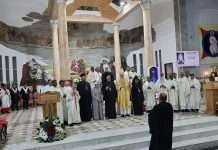