Overcrowding of deportees in detention centers is once again creating a challenge for the Ministry of Interior (MoI) officials. This backlog in deportation is said to be due to the expiry of the contract signed with the company responsible for providing airline tickets to those awaiting deportation. Around 3,500 people are said to be awaiting tickets to exit the country.

According to media reports, the contract with the ticketing company expired in mid-August, and its renewal is still being processed and awaiting approval in the financial department at the Ministry of Interior.

The recent spate of security campaigns have led to an increase in the number of violators in detention centers, but the deportation department affiliated to MoI has reportedly refused to accept any new deportees unless they have an airline ticket.

While the number of detainees currently in the deportation center is around 1,300, a further 1,500 people detained in security campaigns and awaiting deportation are said to be lodged in the security directorates and in police stations. In addition, around 400 are being held in the residence investigations departments, over 200 are detained in the criminal investigation department, and about 100 in the Drug Enforcement Administration.

All the detainees have been ordered deported but cannot exit the country without the airline tickets from the company, which longer has a valid contract to deliver the tickets. Previously, the company responsible would issue the airline ticket to the detainees and then collect the amounts from the sponsors. The sponsor was obliged to pay the ticket fare, as their file with the Public Authority of Manpower (PAM) and their transactions with other government entities would remain blocked unless they paid for the ticket.

In the absence of the contract it is no longer possible for the company to provide the tickets, unless the deportee is willing to pay for the ticket from their own pocket. 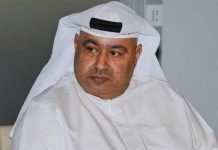 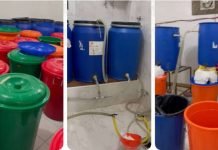