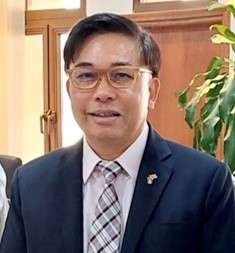 Like others, I had listened to the interview by Kristalina Georgieva, a very able woman and managing director of the International Monetary Fund (IMF) last month. She was quite cautious about economic recovery, implying that we are experiencing a fundamental shift in the global economy due to several factors such as global recession, geopolitics and climate change. In fact, last month the IMF already reduced the world economic growth for next year from 2.9 percent to 2.7 percent. She urged policy-makers to ‘Act Now and Act Together’.

I am certain that many world leaders will answer her call. There is positive news from across the ocean in Southeast Asia, where the world’s most important leaders have met. The three important meetings, namely ASEAN Summit (10 -13 Nov. in Cambodia), G 20 Summit (15-16 Nov. in Bali, Indonesia) and APEC Summit (18- 19 Nov. in Bangkok, Thailand). Allow me to share few highlights from these meeting as follows;

The ASEAN Summit last week focused on the importance of ASEAN unity in principle and practice, Treaty of Amity and Cooperation, the Treaty on Southeast Asia Nuclear Weapon-Free Zone and AOIP (ASEAN Outlook on Indo-Pacific), as well as the plan to implement five points regarding the situation in Myanmar, The establishment of the ASEAN-US Comprehensive Strategic Partnership was also officially announced.

The G-20 Summit in Bali, was another successful venue for the world leaders to discuss priority issues such as global financial system, impact of soaring inflation, global health, sustainable energy transition, digital transformation, following the meeting’s theme ‘Recover Together, Recover Stronger’. On the sideline of the meeting, the US and Chinese presidents met for three hours to exchange views on international issues, which was very beneficial for stability in the region and importantly to the situation in the Korean Peninsula and Taiwan. The President of China also met with the Australian Prime Minister to normalize ties. The discussion regarding the Russia-Ukraine war was also raised and discussed by conflicting parties for a possible solution.

The APEC Summit in Bangkok on the other hand, remained relevant with trade liberalization among 21 member economies, who together account for 60 percent of total global GDP and 47.4 percent of global trade. The theme was about open-connect-balance. Thailand’s proposal ‘Bangkok Goal’ for BCG (Bio – Circular and Green Economy model) was endorsed. It was the right time to forge closer collaboration and partnership for inclusive growth and sustainable development. The meeting also set the time frame for the negotiation on free trade agreement and a safe traveling passage/route among members in case of any global pandemics in the future.

On the sideline of this meeting, the President of China and Prime Minister of Japan met for the first time in three years to exchange views on security issues. Upon the invitation of the host country, His Royal Highness Mohammed bin Salman, Crown Prince of Saudi Arabia and H.E. Emmanuel Macron, President of France, paid an official visit to Thailand to promote further trade and investment and attended the APEC Summit.

I bring up the relevance of above-mentioned meetings and its impacts because this is what we really need, a good news and good response for IMF MD’s request. In Asia, diplomacy is always our first line of defense to prevent any rising conflicts. And against this backdrop of conflicts, political turmoil, and economic recession, ASEAN underscores commendable achievements in providing venues and important agenda for the world leaders. They make these meetings a friendly and harmonious atmosphere, which are conducive for promoting peace and prosperity.

I begin to see the light at the end of the tunnel. A glimpse of hope, I would say. Appreciation for the courage of ASEAN to strive for a better community in this divided world.

The year 2023 will be a challenging one, with economic recession, or a soft-landing, or a slow take–off with persistent war and greenhouse effects. We should join hands, work together and make the world full of joy and happiness.

Alhamdulillah. May the force be with us all.