Ambassador H.E. Tatang Budie Utama Razak completed a very successful tenure in Kuwait leaving behind a legacy that will be long remembered. Going beyond his diplomatic call of duty Ambassador Razak made many friends in the country with his charming smile and easy go attitude.

On the last official working day of his tenure in Kuwait, we met with the Indonesian Ambassador who took time off his busy schedule to provide The Times with an exclusive interview.

During his tenure in Kuwait that began in 2014, Ambassador Razak has developed strong bonds of friendship with citizens and developed warm relations with the Indonesian community in the country.

In addition, he has cultivated cordial ties with the diplomatic community and government dignitaries in Kuwait, as well as with a large group of friends among residents. After a highly successful tour of duty in Kuwait, he is now returning to Jakarta to take charge as the Secretary-General of the National Board for Placement and Protection of Indonesia Overseas Workers.

“The past four years have been dynamic, exciting and enjoyable for me, and while I can claim to have achieved some level of progress in bilateral relations between Indonesia and Kuwait, there is so much more that can be realized in different domains.

There is huge potential to take relations between our two countries to much higher levels in various fields, especially in the economic and investment areas, as Kuwait is one of the largest investors in many parts of the world,” said the ambassador at the onset of our interview.

“Despite prevailing global challenges there are several mega projects coming up in both countries and the opportunities for cooperation and collaboration between our two nations are immense.

For instance, huge possibilities exist for enhancements of bilateral trade, in tourism, and in investments in various sectors. In particular, there are several large oil refinery and petrochemical projects in Indonesia, including the 300,000 barrels per day Bontang greenfield refinery project, which could benefit from investments by Kuwait’s petroleum companies.

“The nearly US$2 billion in annual bilateral trade does not reflect the full extent of potentialities that could be realized between our two countries. At present the volume of bilateral trade is mainly centered around the import of oil and other petroleum products from Kuwait, and the export of around $200 million in automotive spare parts, paper, clothes, furniture and food stuff to Kuwait.

This level of trade is only modest for a country of the size of Indonesia with its 262 million population. As the largest economy in the southeast Asia, a leading ASEAN country and a member of G20, Indonesia can significantly enhance its bilateral trade with Kuwait.

But today, we are a net importer of oil, as our domestic consumption has grown to over 3 million barrels per day. The energy security situation has led us to concentrate on conserving our domestic production and, rather than pursuing expensive exploration in our offshore oil fields, we are developing our refinery and petrochemical industries using imported oil, while also engaging in oil exploration activities in neighboring countries and regions.

“Opportunities exist, but we need to exert extra efforts on multiple platforms, including on the government to government, business to business and people to people levels. During the past 50 years of diplomatic relations we have had only limited exchanges on the government level and we need to increase this.

“On the business to business level we have been promoting exchanges between the business communities of both countries by inviting Indonesian business delegations to Kuwait, and encouraging delegates from Kuwait to visit and participate in trade exhibitions in Indonesia, especially in the annual Trade Expo Indonesia, which is being held this year from 24 to 28 of October, and draws hundreds of thousands of visitors from around the world.

“People to people exchanges through tourism and student exchanges are also important in developing robust relations, as its helps build better understanding and awareness of the culture of both countries. It is sad that though there are over 4,000 universities in Indonesia with students from 40 different countries, there is hardly one student from Kuwait in any of those universities, one reason for this is probably accreditation issues.

“On the tourism front, we have been encouraging visitors from Kuwait to Indonesia through tourism promotion drives that highlight the country’s vast and varied landscape, and the huge potential for investments in this sector.

Indonesia currently provides visa-on-arrival, for a 30-day stay, to nationals from 167 countries, which has increased tourism to Indonesia. As you can see, there is immense scope for development on the business and people to people levels. “However, many of these development possibilities hinge on government level agreements between the two countries, mainly on the setting up of a Joint Commission for Cooperation that could institutionalize and streamline activities, and provide an umbrella coverage for bilateral agreements in various other sectors.

“The two countries were about to sign a Joint Commission for Cooperation agreement in November of 2016, but then it got postponed due to political exigencies here in Kuwait. We are now actively pursuing the setting up of a date for signing this agreement, as it could enhance bilateral trade and investments, among others by facilitating economic cooperation, providing mutual protection of investments, and avoiding double taxation.”

Clarifying on the Indonesian community in Kuwait, Ambassador Razak revealed that since 2009, there had been a moratorium on sending domestic workers to several countries, including Kuwait. Nevertheless, nearly a third of the Indonesian in Kuwait were employed in the domestic sector.

The National Board for Placement and Protection of Indonesian Overseas Workers, which he would be heading on his return to Jakarta, is looking to introduce reforms and ensure that more professional and formal workers are deployed overseas, instead of domestic workers.

“There is a huge demand around the world for Indonesian professionals, including for nurses in the medical profession, and among engineers in construction, and in the oil and gas sector, as well as in IT field.”

Ambassador Razak, an accomplished diplomat who has served as his country’s top diplomat in France, at the UN in New York, and in Malaysia before arriving in Kuwait, is also is a keen sportsman.

He sees his enthusiastic participation in games as not only helping him keep an active and healthy life, but also supporting his efforts to build relations with citizens, residents, diplomats and the Indonesian community.

“I play golf with other diplomats, tennis with Indonesian engineers at KOC and badminton with Indonesian nurses in Riggae. I also play ping-pong, football and futsal with community members, and go bowling with the Philippine community in Kuwait.

This has helped me keep an active and fulfilling life during my time here,” said the ambassador. He concluded by extending his thanks and best wishes to His Highness the Amir, Sheikh Sabah Al-Ahmad Al-Jaber Al-Sabah, the global humanitarian leader, and to the government and people of Kuwait, as well as to residents and the Indonesian community in the country. 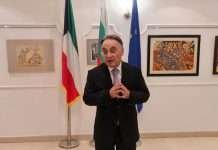 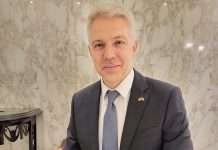 Kuwaiti investments in Switzerland are considerable and well appreciated 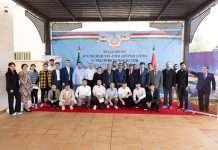 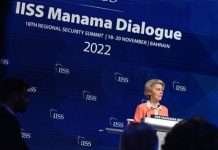 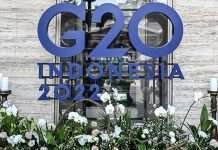 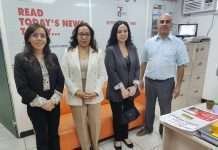 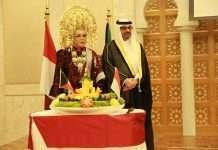 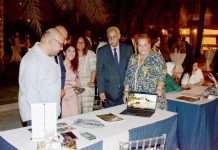 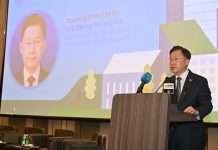 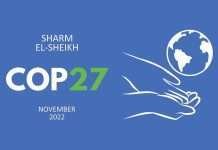