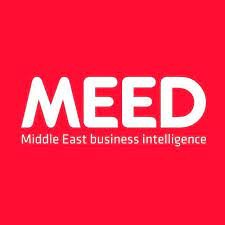 The analysis issued by the MEED magazine shows spending on the petrochemical industry great aspirations of the Middle East and North Africa region, as regional energy producers are more involved in the supply chains of petrochemicals in line with their efforts to maximize the value of each barrel of crude oil they produce.

According to a local Arabic daily, the analysis indicates that the region has an advantage that can be exploited and invested well, especially since there are currently about $27.8 billion of petrochemical projects in the MENA region in the engineering, procurement and construction (EPC) phase, according to Med Projects magazine, which tracks regional projects, while the value of the projects exceeds the planned 80 billion dollars mark.

The analysis, prepared by the magazine’s editor, Indrajit Sen, stated that petrochemicals are on track to account for more than 50% of global crude oil consumption by 2050, according to the International Energy Agency, at a time when demand for products that include fertilizers and industrial chemicals, as well as Household plastic and cosmetics.

The analysis said that this largely explains the reason for the inflated wave of investments in the development of chemicals in the MENA region, as national oil companies, international oil companies and small private companies spend long money to enhance their production capacity of high-value and quality derivatives.

This trend also provides oil producers with the opportunity to secure demand for their supplies, while the industry is still on a clear and sharp curve in terms of costs and capital expenditures, which is summarized in the fact that the current situation imposes a choice between two things, either giving up oil and gas, or keeping it, because There is a need to ensure energy security from fossil fuels, on the one hand, and to eliminate carbon emissions.

On the other hand, the magazine said that future capital spending on oil refineries, which represent the traditional backbone of the refining and petrochemical industry in MENA, is being boosted by only $44.3 billion in planned projects, compared to $39.3 billion in projects currently being implemented.

Forecasts of a major stagnation in demand for land and marine transport fuels – a mainstay of the refining sector as the shift to electric vehicle production accelerates – appear to lead to a slowdown in investments in refining capacity expansion projects in the region.

It is worth noting that despite the rapid rise in the importance of gas in the global energy mix, the value of projects in the EPC phase for gas processing does not exceed a total value of $7.2 billion, compared to about $13 billion of projects currently under implementation.

The magazine attributed this to the fact that regional energy producers aim to export more of their gas production to consuming markets abroad, instead of consuming it locally, a trend confirmed by the wave of capital spending that gas exploration and production projects enjoy at the present time.