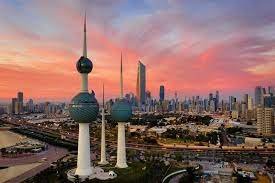 Kuwait is the third highest in the Gulf countries in terms of rents while Lebanon is the most expensive in the Arab world, Libya and Algeria are the cheapest, Arabic daily Al Rai reported.

The Numbeo website, which is one of the largest databases covering living prices in the world, ranked Kuwait as the cheapest Gulf country in the cost of living index for the first half of this year, and ranked ninth in the Arab world.

Nambio publishes twice a year the cost of living index, which is a relative index that measures the prices of consumer goods in 137 countries around the world, including the prices of groceries, restaurants, transportation and utilities, while it does not include the index of accommodation expenses such as rent or mortgage.

On the other hand, Kuwait came in the third highest in the Gulf and Arab countries in rent increases after Qatar and the UAE, and higher than several European countries such as France, Germany, Sweden, Finland and Italy, as well as China.

In the purchasing power index, Kuwait came fourth at the level of Arab countries after the UAE, Qatar and Saudi Arabia.

This indicator shows the relative purchasing power of the individual in purchasing goods and services in a particular city for the average net salary in that city.

As for the most expensive countries in the world to live, Bermuda came first, then Switzerland, the Bahamas, then Barbados, and Iceland