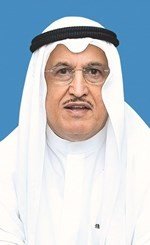 Kuwait Airways will announce Monday, the signing of an agreement to restructure the company’s fleet of Airbus aircraft. The agreement to be signed between Kuwait Airways Corporation and the Airbus factory is the largest agreement concluded by the national carrier with an aircraft factory.

Sources told Al-Anba, the agreement includes acquiring a number of new Airbus aircraft of various models, sizes and capacities to the Kuwaiti fleet, which will be considered an unprecedented qualitative leap in the march of the Blue Bird in modernizing the passenger aircraft fleet in terms of number, types, sizes and capacity.

The signing ceremony, which will be attended by the chairman and members of the company’s board of directors and a high-ranking delegation from Airbus, will also be followed by a press conference during which the Chairman of the Board of Directors, Ali Al-Dukhan will shed light on the details of this important agreement, which will have a great impact on the commercial operations of Kuwait Airways to achieve its goals.

The hoped-for strategy, the most important of which is keeping abreast of the latest technological and service developments in the world of aviation, is based on safety and security, and then providing excellent service to customers with access to the integration and homogeneity of its fleet in proportion to the volume of demand on different destinations, especially with the announcement by the Blue Bird about its next operational plan, which includes opening a number of new destinations and overruns to existing destinations.