On Wednesday, KUNA held separate interviews with scholarship students, as they agreed that the direct flight on Kuwait Airways will help students on scholarship to the UK, precisely Manchester and its neighboring cities. Meanwhile, Abbas Al-Ramzi, a student on scholarship to Manchester, pointed out that the timing of the flight’s departure from Kuwait and its arrival in Manchester is suitable for students and tourists, as it arrives at 11:45 a.m., which helps the traveler spend their day there.

He thanked Kuwait Airways for opening this destination, calling for an increase in its flights per week to make it easier for students on scholarships to Manchester to travel through direct flights.

In turn, Faisal Al-Ajlan, a scholarship student to Manchester, said that scholarship students are facing difficulty in traveling through other airlines due to the reduction of flights to Manchester and the increase in flight hours due to the COVID-19 pandemic, he added.
One of the reasons why students prefer to travel via Kuwait Airways instead of other airlines is their keenness to adhere to the timing of their flights, the quality of food and its comfortable seats in economy class, in addition to its support as a national carrier, he explained.

For his part, Abdullah Al-Qahs, another student on scholarship to Manchester, mentioned that some students prefer to travel to Manchester via Kuwait Airways for its direct flight, while others prefer through other airlines that provide discounts on flight prices for students, he added.

He hoped Kuwait Airways reconsiders the prices of airline tickets for the Manchester flight and to add special discounts for scholarship students.

On March 23, Kuwait Airways announced the operation of its scheduled commercial flights to Manchester on May 1, with three flights a week on Sundays, Tuesdays and Thursdays. – KUNA 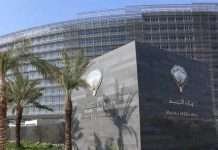 Increase in Cases of Violence against Women