The magazine added, quoting sources close to the project, that it is considered a strategic gas export line that extends from northern Kuwait to the Mina Al-Ahmadi refinery. The project was subjected to significant delays related to the Corona epidemic during the last quarter of 2021 and early 2022, says a local Arabic daily.

Currently, 96% of the work related to the project has been completed, according to one of the sources, who said that good progress has been made after the project suffered from the complications created by the repercussions of the epidemic and caused the work to be stopped.

Before witnessing the latest delays, MEED magazine had reported last October that the intention was to start operating the project in mid-November 2021, with the operation to be completed by February 2022.

It should be noted that the Kuwait Oil Company had awarded the contract for the project in 2019 to the Indian oil and gas company Larsen & Toubro.

It is known that the value of the project is 450 million dollars, and the company won the contract on a turnkey basis and a lump sum.

When completed, the gas export pipeline and associated facilities will be 145 km long. In addition to the Indian company, the following four companies competed for the project — Italian Saipem, South Korean SK Engineering and Construction, Spain’s Tecnicas Reunidas and Canada’s SNC-Lavalin.

The main scope of work on the project includes the construction of a 30-inch diameter gas pipeline in addition to two 40-inch gas pipelines, and a connection point at the fence line at the refinery.

The aforementioned Indian company is currently implementing a new crude transmission line with a diameter of 48 inches from northern Kuwait to a central mixing complex near Ahmadi in the south of the country.

The British group carried out the engineering and initial designs for the project, while the French company Technip acted as the project management consultant.

MEED magazine reported that the Kuwait Oil Company is preparing to launch a tender for a project to remove the suffocation experienced by 4 oil collection centers in eastern Kuwait, according to industry sources familiar with the matter.

The magazine said that although the budget issue for the project has not yet been decided, one of the sources mentioned that the value of the project may reach about 700 million dollars, and if these reports are to be believed, this number qualifies the project to become one of the largest projects to be put forward in several years. As for the assembly centers that will be developed within the scope of the project, they are Figures 1, 2, 11, 19, GC1, GC2, GC11, GC19).

The magazine said that Kuwait is in the process of approving the budget for the project, which is expected to be tendered in October or November. It is noteworthy that the oil fields in Kuwait are linked to a wide network of gathering centers, which are used as a site to collect the crude oil produced from many wells connected to the flow lines, and the collection centers in Kuwait provide primary treatment by separating the associated gas and removing the salt.

MEED magazine revealed earlier this month another project for the Kuwait Oil Company, whose budget is being approved, and is also expected to be launched in October or November of this year.

The scope of work in this project is the expansion of two wastewater disposal plants known as EWDP-1 and EWDP-2, the value of this project is expected to exceed $650 million. 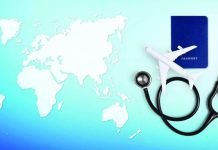 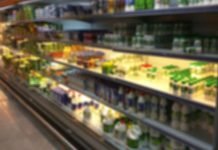 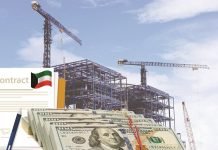