Kenya’s presidential election results came down to a knife-edge, and may be contested. But winner Ruto says “there is no room for vengance.”

After being delcared the winner of Kenya’s presidential election, current Deputy President William Ruto struck a note of unity.

Ruto, who won 50.49% of the vote, said he promised to “run a transparent, open and democratic government. I want to promise all the people of Kenya — whichever way they voted — that this will be their government.”

“I want to tell them [opponents] that they have nothing to fear — there is no room for vengeance. I am acutely aware that our country is at a stage where we need all hands on deck to move it forward,” he added. His words may not be of comfort to all, with supporters of losing candidate Raila Odinga protesting in the western city of Kisumu against the result. Several electoral officials from the Independent Electoral and Boundaries Commission (IEBC) said they could not “take ownership” of the result, and a legal challenge by Odinga is expected by many.

The wait for the results, which were days overdue, was an anxious time for Kenyans who crowded around radios and televisions for news of who their next president might be.

The laborious process towards making a declaration required that once votes were counted, returning officers must take a photo of the final tally sheet and send the image to both the constituency and national tallying centers.

With a vacuum of official results from the country’s electoral and boundaries commission, the media, political parties and civil society groups compiled their own tallies using results declared at the more than 40,000 polling stations.

In 2017, logistical errors led the Supreme Court to annul the presidential result and ordered a rerun.

Close contest
The contest between Odinga, 77, and Ruto, 55, was very close as both camps fought hard to take over the presidency. Ruto has now become president at the first attempt on the ticket of the Kenya Kwanza political alliance.

He had built a power base among the country’s largest ethnic group, the Kikuyu, despite not being from the community himself.

For some political analysts, like Martin Andati, the closeness of the contest speaks volumes about the voter’s maturity and the growth of the Kenyan political system.

“We are a matured democracy. We had an election the process was free and fair: you don’t have people fighting each other anymore. People are going about their own business they way it happens in matured democracies,” Andati told DW.

Despite this progressive picture Andati talked about voter apathy was already rife before the election, particularly among the country’s youth, who form the majority.

There was a lower voter registration trend among Kenya’s youth. Instead of an expected 6 million, only 3 million young people were registered.

Angela Ambitho, CEO of research organization Infotrak, told DW that many young people were undecided on who to vote for.

“The weight of the undecided would probably have affected turnout as well, these might be the voters unlike many of us want to understand how you are going to deal with the cost of living, they want to understand policy,” Ambitho said. According to the IEBC, about 60% of the 22.1 million registered voters cast their ballots, down from a turnout of nearly 80% in the previous election in 2017.

The factors that played out
Kenya’s population of over 55 million people includes more than 40 ethnic groups. Divisions among some of the biggest communities have caused election-related violence in the past.

Andati said this time round ethnic lineage didn’t play much role in how peopled voted.

“Our polling politics this time round was not tribal. That is a major mark,” he said, stressing key political groupings are now more ideological in form and character.

Going into the election, outgoing President Uhuru Kenyatta — who had reached his two-term limit — endorsed Odinga after falling out with his deputy Ruto.

Kenyatta’s backing of Odinga did not significantly damage Ruto’s votes in some constituencies considered the stronghold of Uhuru Kenyatta, as Ruto won votes from the Kikuyu community in the Mount Kenya region.

Ruto had campaigned on what he called a “bottom-up economic model” that will channel government funds into sectors that have the potential to generate the most jobs.

He had pledged to invest at least 500 billion Kenyan shillings (more than $4 billion) in farming, which employs more than 40% of the labor force, and in small businesses.

Odinga’s manifesto, on the other hand, vowed to “fight corruption in all its forms.”

He promised to fast-track reforms and strengthen anti-graft institutions. Odinga also pledged to enact a monthly stipend of 6,000 shillings for the poorest households and help Kenya’s 47 counties develop manufacturing capacity for at least one product.

Many Kenyans, though, appeared less than enthused by these campaign promises as they remained frustrated by rising prices of commodities and corruption, leaving some not to even bother to vote.Largely peaceful process
Though tensions remain high surrounding the election result, the electoral process largely remained peaceful this year, compared to previous years.

Claims of a stolen election sparked violence during the 2007 vote, leading to at least 1,200 people being killed and 600,000 fleeing their homes.

Former Tanzanian President Jakaya Kikwete told reporters that the East African community observer mission, which he chaired, was satisfied with the electoral process.

Kikwete said the procedure reflected the people’s will.

“We observed key election and pre-election activities, the mission takes note of the remarkable improvements made, by the commission with regards to transparency, preparations and management of the 2022 elections, generally the situation was calm, peaceful and orderly,” Kikwete noted.

Andati told DW the process was indeed transparent, signifying a huge progress in the organizational process.

“There is propaganda coming from both sides of the political divide, but the process has been open and transparent from the start,” Andati stressed.

The delays in declaring official results allowed for disinformation on social media, however.

Kikwete said his “mission noted that at various stages of the electoral processes there were problems associated with social media particularly regarding disinformation, misinformation and hate speech.” Six of the 290 seats in the incoming National Assembly were won by women, with one woman securing a senator position as well.

Among the six women elected as members of parliament is 24-year-old Linet Chepkorir who made history by becoming the youngest elected woman representative in the parliament.

On her Twitter page Chepkorir thanked her voters and promised to deliver on her campaign promise. “Thank you Bomet county for your overwhelming support all through my political journey. I will deliver what I promised you during my campaigns,” she said.

Kenya’s Senate is however split 24-23 in favour of the Kenya Kwanza party, but the Azimio boasts a 162-159 advantage in battle for the control of the 349-member National Assembly seats.

The 12 seats won by independent candidates could determine which partly has firm control of the lawmaking chamber.

Whichever way it goes, President-elect William Ruto has a major task ahead.

Inflation has surged in recent months with 7.9% recorded in June, which was fueled by price increases for food staples, fertilizer, and fuel stemmed from the country’s worst drought in four decades and Russia’s invasion of Ukraine. 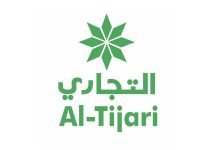 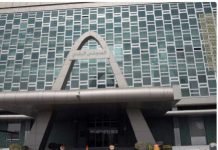