Issa Dashti celebrated last week as the first Kuwaiti to receive the Order of the British Empire medal. This medal is a British and Commonwealth award for meritorious civil or military service worthy of recognition by the crown. Although Dashti is a clinical dietitian, he has excelled in the field of developing historical research focused on Kuwait and Britain. Dashti was awarded this medal for his extensive efforts in developing British-English relationships and his research that produced the relationship. His research focused on validating and documenting the longstanding diplomatic relationship between Kuwait and Britian that dates back centuries. The British Ambassador and Sheikha Hala Badr Al-Sabah attended the celebration. Sheikha Hala highlighted the importance of this award by stating, “We are proud of you receiving this medal, as it is not only for you personally, but for Kuwait… Your awarding of the medal is an honor for you and us Kuwaitis in honour of our beloved land. Kuwait and Britain have an age old history that dates back to the 18th century. Kuwait and Britain first established their relationship when the English mail route from India to Aleppo and Basra became posted in Kuwait. The mail route became integral to the East India Company’s functioning and working efficiently. Sheikha Hala Al Sabah then noted the importance of the time when Kuwait and Britain solidified their relationship when the then Amir Al-Sabah visited Britain to congratulate King George V on the victory after the First World War in 1919; he was the first Kuwaiti to visit Britain. The bilateral relationship remained strong during the 20th and 21st centuries, even during the World Wars and the Gulf War. In all circumstances, these nations became allied and dependent on each other, as there is a depth and strength to their historic partnership.

The British Ambassador to Kuwait, Belinda Lewis, then took the stage to highlight her excitement and pride in witnessing this historic moment. She first noted that Dashti was crowned with the Medal of the British Empire on behalf of Her Majesty Queen Elizabeth II. She stressed that it is an occasion I will always remember,  and will be one of the most memorable events of my time here as an ambassador. She further acknowledged that the British system honours and recognizes people who have committed themselves to serving, helping, and developing Britain, just as Dashti has done. Ambassador Lewis concluded her speech by asking the civil, government, and private agencies to continue their pursuit of knowledge and research.

To conclude the ceremony, Dashti took his stage to humbly acknowledge his work and the people there to support him. He thanked the former British ambassadors with whom he had cooperated and worked on most of his previous achievements, the current ambassador, Belinda Lewis, and all members of the British Embassy in Kuwait for the great support and encouragement that was and continues. 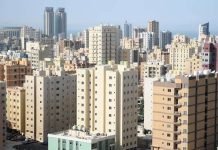 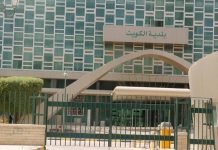 Municipality says KD 35 mln yet to be collected from defendants