Droupadi Murmu on Monday took oath as the 15th President of India. In her address after Chief Justice of India NV Ramana administered to her the oath in the Central Hall of Parliament, Murmu thanked all MPs and MLAs for electing her.

“Reaching this office is not my personal achievement but that of all the poor people in the country” Murmu said during her first address to the nation as President. ‘My election is proof of the fact that in India, the poor can dream and also fulfil those dreams.” she added.

I have been elected during an important time when the country is celebrating ‘Azadi ka Amrit Mahotsav’ to mark the 75th anniversary of its freedom, she noted. The former Jharkhand governor is the second woman to assume the nation’s top office.

* Droupadi Murmu is the first President of the country who was born in Independent India.

* The 64-year-old on Monday became the youngest leader to take oath as India’s President.

* She is also the first tribal leader to be elected to the highest constitutional post of the country.

* Murmu is the first girl from her village to attend college. The President hails from Uparbeda village of Mayurbhanj district in Odisha.

During the address to the nation, Murmu recalled that she grew up in a small tribal village where getting primary education was like a dream and she went on to become the first daughter in the village to enrol for college education. “It is a tribute to Indian democracy’s strength that I have now reached the post of President and am proud to be leading such a progressive country,” President Murmu said during her first address to the county after taking oath.

In her first tweet as India’s President, Murmu said. “Your trust and your cooperation will be my great strength in fulfiling this new responsibility for me.”

Secretary General of Rajya Sabha and the Returning Officer for Presidential Election 2022, PC Mody handed over the certificate to President-elect Droupadi Murmu at her residence in Delhi.

Born in a Santali tribal family on June 20, 1958, Murmu completed her education from Bhubaneswar and went on to work first as a junior assistant in the State Irrigation and Power Department from 1979 to 1983.

After the short stint as a clerk, she became a teacher at Sri Aurobindo Integral Education Centre at Rairangpur till 1997. Murmu commenced her journey in the field of politics in 1997 by joining the Bharatiya Janata Party (BJP).

She was first elected as the councillor of the Rairangpur Nagar Panchayat and then went on to become the chairperson of the same panchayat in 2000. Later, she also served as the national vice president of the BJP Scheduled Tribe Morcha.

Murmu became a member of the council of ministers in the BJP and Biju Janata Dal coalition government in Odisha, first becoming the minister of state with independent charge for commerce and transportation from March 2000 to August 2022 and then minister for fisheries and animal resources development from August 2002 to May 2004.

A legislator from the Rairangpur assembly constituency in the years 2000 and 2004, she was conferred Nilkhantha Award for the best MLA by the Odisha assembly in 2007.

In 2015, Murmu became the first woman governor of Jharkhand.

Murmu devoted her life to serving the society, empowering the poor, downtrodden and marginalized sections of the society. 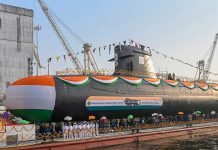 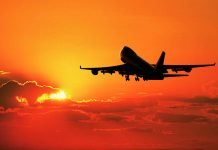 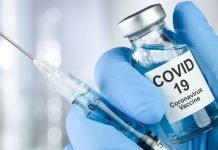