Dr. Youssef Behbehani, Senior Specialist at the Internal Medicine, Nephrology and Blood Pressure departments said organ donors are divided into two categories — the living donor, who can donate specific and limited organs, and the deceased donor, who can donate many organs if his organs are healthy, and in this case he can save a life of up to 8 people.

Participating in the symposium were a number of specialist doctors and academics in the college. Dr Behbehani explained that Kuwait had previously imported organs from Europe, and in 1996 the door for organ donation was opened upon death of a person, indicating that the most nationalities that donated organs after death in Kuwait are the Indians, followed by the Filipinos and then Bangladeshis.

For his part, Dr. Talal Al-Qaoud, a specialist in organ transplant surgery and kidney and urology surgery, indicated that there are two cases for deceased donors, the first in which the deceased is brain-dead, and this case was analyzed in the 1960s and has certain controls in the diagnosis and the second in which the donor is not brain-dead but clinically dead and on resuscitation equipment, and his family asks to donate his organs. This case is disputed by religious scholars and does not happen in the Arab world and Muslim countries. 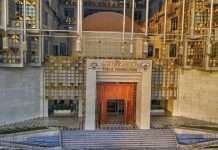