“We have identified 35 American targets in the region,”  Brigadier Ghulam Ali Abu Hamza, commander of the Iranian Revolutionary Guard Corps made the announcement according to Sarahanews.net.

He added, according to what has been circulated on social media platforms, that among these targets is the Strait of Hormuz, which represents the lifeline of the United States, and that Tel Aviv also is among our targets and the Shahab ballistic missiles that they have, can hit any target  with a range of more than 2000 km.

Iraq’s parliament is due to sit on Sunday to discuss the US air strike after Prime Minister Adel Abdul Mahdi called on lawmakers to hold an emergency session and address the killings of Soleimani and al-Muhandis, which he called a violation of sovereignty.

Iraq is poised for a tense period ahead, according to analysts, as top Shia leaders – many of whom are expected to attend the processions – warned of repercussions following the attack.

Iraq’s prominent Shia leader Muqtada al-Sadr called on his militias (Army of Imam Mahdi) and “other national and disciplined” armed groups to be prepared to protect Iraq, adding that the killing of Soleimani will not weaken Iraq’s resolve. 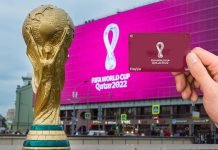 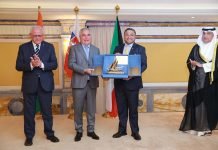