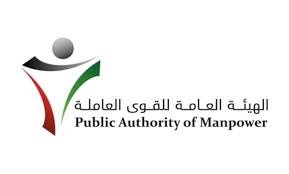 A recent statistic issued by the labor market system, which is based on cooperation between the Central Administration of Statistics and the General Authority for Manpower, revealed an increase in the total number of workers entering the country in the first three months of 2022.

The statistics show the total number of workers who entered the country in the first three months of this year amounted to approximately 22,000 workers, 88.9% of whom work in the domestic sector.

The statistics pointed out that most of the entrants in the mentioned period were from the category of domestic workers, with a total of 19,532, and they are of approximately 6 nationalities: India, the Philippines, Bangladesh, Sri Lanka, Benin and Sudan.

She stated that new domestic workers from India are the highest number with a total of 11,591, followed by Filipinos with 5,631, while the number of other nationalities did not exceed hundreds.

The statistic showed a continuous decrease in employment in some nationalities within the top 10 working nationalities in the domestic sector, namely: Nepal, Ethiopia, Indonesia, and Pakistan.

Despite the increase in the total number of workers, the data contained in the statistic included a continued decline in the number of Article 18 workers in the labor market by 50% among the top 9 countries exporting their workers to Kuwait — the number of Indians decreased by 1,967 workers, followed by Egyptians by 1,415, then Filipinos and Bangladeshis.