Rapporteur of the Health Committee of the National Assembly MP Osama Al-Shaheen said the committee during its meeting has approved two draft laws – the first concerning the draft law on charity work and the second an amendment to the national Labor Law – which will be submitted to the National Assembly for discussion during the next session.

Al-Shaheen told reporters the charity draft law was submitted by the government and proposed by a number of MPs, consisting of 47 articles, considering it a comprehensive law to regulate charity work, especially as it is the first law issued after the law regulating the collection of funds for general purposes since 1959.

He pointed out that the amendment to second article of the national Labor Law applies to both the Kuwaitis and expatriates in the private sector which increases the annual leave period from 30 to 35 days. The labor law was amended several years ago raising the annual leave to 30 – Fridays not included – when the labor law underwent major changes. 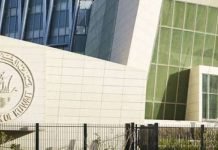