President Shavkat Mirziyoyev in his speech at the 8th summit of the Organization of Turkic States, on November 12, 2021, drew attention to the need to establish cooperation on a systematic basis in the field of transport and transit.

– In particular, for a fuller use of the existing potential in these areas of interaction, the head of state put forward an initiative to develop a «program of interconnection of the Turkic states in the field of transport». The need for such a program is due to significant work done in Uzbekistan and other Turkic countries to develop transport infrastructure, diversify transportation routes, and simplify transit procedures. However, the process of integration of the transport system of the Turkic states has not been fully completed.

In this regard, the transport connectivity program proposed by the leader of Uzbekistan is designed to improve the coordination of the Organization member countries in creating the appropriate infrastructure.

Above all, it is carrying out work on the systematization of transport corridors passing through the territory of the Turkic states, promoting an increase in traffic on their territory, the attractiveness of passing routes, stimulating the advanced development of the transport infrastructure of countries.

It is also important to eliminate some «gaps» in the transport communications of the Turkic states. A network of the most important transcontinental international transport corridors passes through the territory of the «Turkic space», consisting of roads and railways, sea and air routes, in which barriers and «interrupted» directions remain.

It should be considered that the shortest transcontinental routes between Europe and Asia run through the Turkic states, therefore, their conjugation and integration will not only lead to an increase in the volume of transit traffic, but will also actively contribute to the development of all countries of the Eurasian continent.

In this context, it can be noted that many countries and regional economic blocs are showing interest in cooperation with the Organization of Turkic States for the joint development of international cross-border transport corridors along the «East-West» and «North-South» lines, as well as within the framework of the China’s One Belt, One Road initiative.

At the same time, the prospects and content of such cooperation are largely determined by the presence of various kinds of barriers that complicate the process of crossing national borders by vehicles. Simplification of customs and border procedures at the borders between Turkic organizations will reduce business losses, increase the volume of international trade and transit traffic. The improvement of the transport infrastructure will cause a significant influx of investments from abroad.

It is important for further strengthening friendly ties, and will also serve as an additional impetus for an effective mechanism for successful cooperation between the Turkic states. Their geostrategic importance will increase, and transport directions will be diversified. Thanks to which, the Turkic countries will acquire the opportunity to deeper integration into global supply chains and active participation in the international transit of goods.

Most importantly, transport connectivity will facilitate mutual trade. A natural consequence of the development of transport links may also be the strengthening of industrial cooperation between the Turkic countries. Nepal Plane With 72 On Board Crashes On Runway, Several Feared Dead 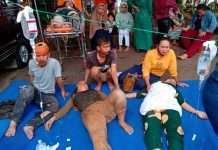 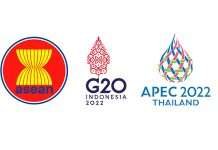 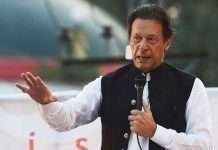 Imran Khan Injured In Firing At Rally In Pakistan’s Punjab, Taken To Hospital 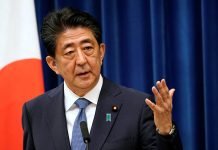 49 Killed In Huge Explosion in Bangladesh, Over 300 Injured 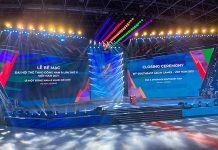