Globally the seventh-largest country by area, the second-most populous country by virtue of its population of over 1.38 billion people, and the most populous democracy in the world, India boasts of an economy that is the world’s third-largest by purchasing power parity (PPP) after China and the United States.

This remarkable economic growth was made possible only after the country decided to dump the socialist model of development that it chose to follow in the immediate decades after independence in 1947. Eversince the economy opened up through liberalization policies that began in the 1990s, the country’s economy has never looked back and it has been growing from strength to strength and making gains in various economic measurements and metrics year after year.

Political and financial leadership in India is also increasingly passing on to new generations that have had little or no experience of the earlier dirigisme — which is complete state control over the economy that was characterized in the Indian context by the often derided ‘License Raj’. In line with the economic liberalization and political changes in leadership, India has been introducing and implementing a slew of bold and sometimes avant-garde economic measures that encourage and facilitate trade, exports, and investments, all of which help fuel growth and development of the country..

In recent years, India has often been in the forefront of adopting prudent and proactive economic measures to overcome unprecedented challenges such as the global COVID-19 pandemic that erupted in early 2020, and the more recent geo-political upheavals in Europe and elsewhere. The country has also not shied away from making economic decisions that are in its best interests, despite political and economic pressures being brought to bear on it by outside powers.

The independent decisions and policies have been instrumental in supporting the country’s economic resilience that has helped it bounce back from the lows experienced with the start of the pandemic in 2020 and which continued with the high energy prices in 2021. Despite these challenges, the resilience of the Indian economy is evident from recent figures published by international financial institutions including the World Bank and International Monetary Fund.

Provisional estimates of GDP released by the authorities on 31 May, 2022 show that the Indian economy has fully recovered to the pre-pandemic real GDP level of 2019-20. Real GDP growth in FY 2021-22 stood at 8.7 percent, which is 1.5 percent higher than the real GDP in FY 2019-20. These figures are associated with stronger growth momentum, indicating increased economic demand. The growth story is also reiterated by a new report by analysts at Morgan Stanley, a global leader in investment management and financial services.

According to Morgan Stanley, India is likely to be the fastest-growing Asian economy in the Asian region in 2022-23, as it is best-positioned to generate robust domestic demand, helped by economic policy reforms, a young workforce and business investments. Economists at the firm project that India’s GDP growth will average 7 percent during the 2022-23 period, contributing 28 percent to the Asian growth and 22 percent to global growth respectively.

Incidentally, India’s growth rate is also expected to be the highest among the largest world economies, and the economy is forecast to have its best run in over a decade as pent-up demand soars to above pre-COVID levels. Government policies in recent years, including lower corporate taxes introduced in 2019 to woo manufacturers and revive private investments, and a production-linked incentive (PLI) scheme to aid domestic manufacturing, which was passed in 2020 are expected to catalyze and sustain domestic demand, especially in investment.

The key change in India’s structural story as identified by analysts is the clear shift in policy focus toward increasing the economy’s productive capacity. Policymakers have undertaken a series of reforms in recent years that will catalyze an increase in the private capex cycle, thereby assisting in the release of a powerful productivity dynamic and the initiation of a virtuous cycle. In addition, the country has the potential to benefit from the supply chain diversification plans being envisaged by many developed countries.

A significant portion of this optimism on the Indian economy stems from a drop in commodity prices, particularly crude oil. With oil/commodity prices down 23-37 percent since the March 2022 peak, Morgan Stanley expects macro stability indicators to return to the comfort zone and the Reserve Bank of India (RBI) to avoid aggressive rate hikes in the future. Aside from falling commodity prices, the economy’s reopening earlier this year has also aided recovery, said Morgan Stanley.
In the meantime, India’s merchandise exports, which topped US$417 billion in fiscal year 2021-22, are now expected to surpass those figures in the current fiscal. Early indications of a buoyant export sector in this fiscal came with figures showing exports totalling over $157 billion in the first four months from April to July 2022. This export volume marked a 20 percent increase over the figures registered during the same period in the previous fiscal year.

Besides merchandise exports, the Indian economy is making headway in most other sectors as well. India’s consumer digital economy is expected to become a $1 trillion market by 2030, growing from $538 billion in 2020, and driven by the strong adoption of online services such as e-commerce and edtech. E-commerce in particular has been showing remarkable progress ever since it became a mainstream contributor to the economy during the pandemic period.

According to latest industry sources, the Indian e-commerce market is expected to grow to $188 billion by 2025 and cross $350 billion by 2030 from the $46 billion it was in 2020. Other figures show that the Indian e-commerce platforms generated sales with a Gross Merchandise Value (GMV) of over $9 billion in 2021, which marked a 23 percent increase from the previous year’s figure of $7.4 billion. In the meantime, India’s social commerce — the buying and selling of goods or services directly within a social media platform — also has the potential to expand to $20 billion in fiscal year 2025, growing at a CAGR of 55-60 percent

Indian online grocery market has been another significant component in the country’s e-commerce success story. Propelled by rising smartphone penetration, the imminent launch of 5G network and increasing consumer wealth, the Indian online grocery market is now projected to cross $27 billion by 2027, from the $4 billion it was in fiscal year 2021, and recording an expansion at a Compound Annual Growth Rate (CAGR) of 33 percent.

It is noteworthy that after China and the US, India had the third-largest online shopper base of 150 million in fiscal year 2021. This figure is expected to increase to 350 million by fiscal year 2026. According to media reports Indian consumers are increasingly adopting 5G smartphones even before the rollout of the next-gen mobile broadband technology in the country. Smartphone shipments reached 150 million units and 5G smartphone shipments crossed 4 million in 2020, driven by high consumer demand post-lockdown. 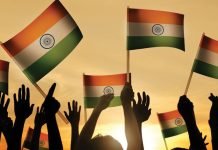 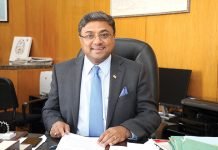 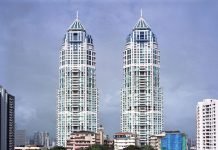 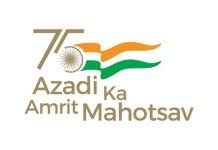 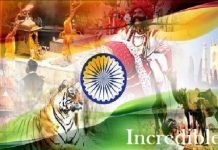 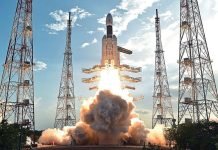 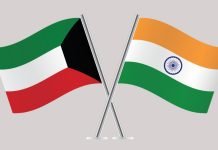 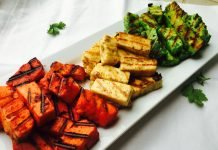 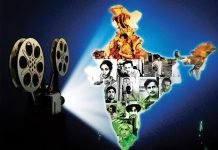 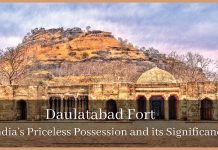 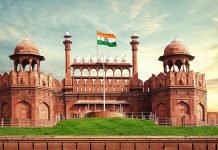